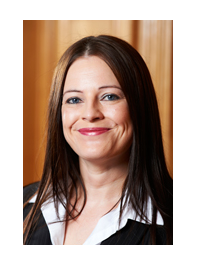 Elderly people in need of care are in danger of being charged thousands of pounds more than they are required to pay.

Experts from Worcestershire law firm mfg Solicitors, who specialise in elderly care and Court of Protection matters, say they are concerned by a rise in complaints about local authorities making people pay more than they should.

Now Tracy Ashby, a partner at the firm, says older people and their relatives must ensure they are fully aware of exactly what they should by paying.

Anyone with less than £23,250 in capital is entitled to help with care costs, but Ms Ashby said Local Authorities will often not have systems in place to remind  people of this when they have dropped below the threshold, meaning they miss out on financial support.

She said: “Often we find no-one explains the rules to people who are funding their own care, so they keep paying. In many cases that means they have not claimed their Attendance Allowance of either £55.10 or £82.10 a week – money they are entitled to, but instead they are burning through their life savings needlessly.”

Ms Ashby added that people in nursing care are often entitled to a weekly payment of £112 which they may also not be claiming.

The Local Government Ombudsman revealed complaints about adult social care soared by 19% between August 2014 and July 2015. In many cases it was due to confusing or incorrect information from Local Authorities.

Just last month, Solihull Council in the West Midlands was found to have overcharged a user for his care and the ombudsman found a further 63 people may have been affected.

Ms Ashby said: “These were just examples from one Local Authority. Local Authorities are dealing with the consequences of budget cuts but also of an ageing population and it’s clear some aren’t acting in the best interests of their residents. People need to be properly advised so that they know exactly what their rights are and how to challenge these decisions if the worst comes to the worst.

“The most important thing is to make sure someone in care is looked after properly. However it is also vital that they are not paying more than is fair, particularly after having worked and paid their dues all their lives.”

mfg Solicitors launched its seven-strong Elderly Care and Court of Protection Department earlier this year. The new department, led by Ms Ashby, strengthens links with specialists across the firm in care, tax, contentious and non-contentious

Court of Protection matters – providing one of the region’s largest and most experienced legal service for elderly loved ones.