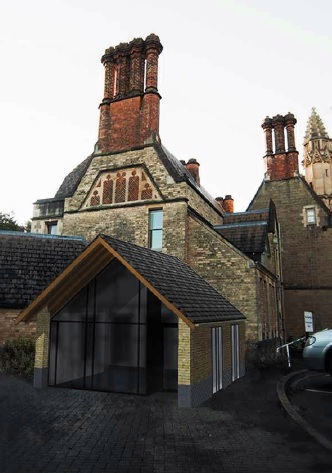 A plan to create a new reception building to bring Malvern Hills District Council’s customer services back in-house has been given the green light.

Under the scheme a new building will be added to the side of the existing Council House in Avenue Road which will feature a reception area and meeting rooms.

It will be created by building a small extension to the Grade ll listed Council House and linking it to the existing outbuildings which will be refurbished. Neighbouring Priory Lodge Hall will be unaffected by the proposal but will undergo a separate programme of structural repair work.

The council worked closely with Historic England on the design which was approved by members of the Southern Area Planning Committee on Wednesday (18 April).

The new building will allow the council to once again run telephone and face-to-face services from the Council House, improving access for residents. Both are currently operated by private firm Civica through the Worcestershire Hub and Malvern Library in Graham Road.

It is hoped work on the new building will start in September.

Cllr David Chambers, Leader of Malvern Hills District Council, said: “I’m delighted the latest phase of our plan to improve the way residents interact with the council has been approved.

“We’ve listened to the frustrations of our residents regarding the difficulties they have contacting us and in future this project will allow us to provide a more efficient and improved service to them, while crucially also saving the taxpayer money.”