The Battle of the Somme commemorations begin across Worcestershire 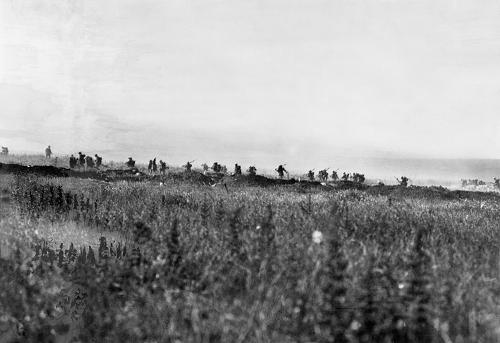 Over 20 events marking the Battle of the Somme are planned to take place from 4 June 2016 across Worcestershire as part of the Worcestershire World War One Hundred project.

Commemorations begin on 4 and 5 June as Avoncroft Museum and The Great War Society join forces to bring 1916 into the spotlight with a number of interactive living history displays. The weekend will include an authentic travelling tented cinema showing the first British documentary and propaganda film of World War One ‘The Somme’.

During the weekend visitors will experience an Infantry Camp where meeting British troops of 1916, inspecting their equipment and weaponry as well as watching them train for Battle; meet hospital and nursing staff tending to wounded soldiers; and experience a twice daily demonstration to show how soldiers used their rifles, the Lewis Light Machine Gun and hand grenades in battle.

Dr Adrian Gregson, Worcestershire World War One Hundred Project Manager said: “The Battle of the Somme was one of the bloodiest battles in human history lasting 143 days with more than one million men wounded or killed. The Worcestershire Regiment played its part and the Regiment lost over 1000 men with a further 362 Worcestershire men killed from a range of other regiments and units.

“It is no surprise therefore that organisations across Worcestershire are commemorating the Battle of the Somme and remembering the sacrifice of those who played their part and lost their lives. Across the County events will include remembrance services, exhibitions, film screenings and talks, opportunities for people young and old to find out more about the Battle of the Somme and why it is viewed as the largest battle of World War One on the Western Front.”