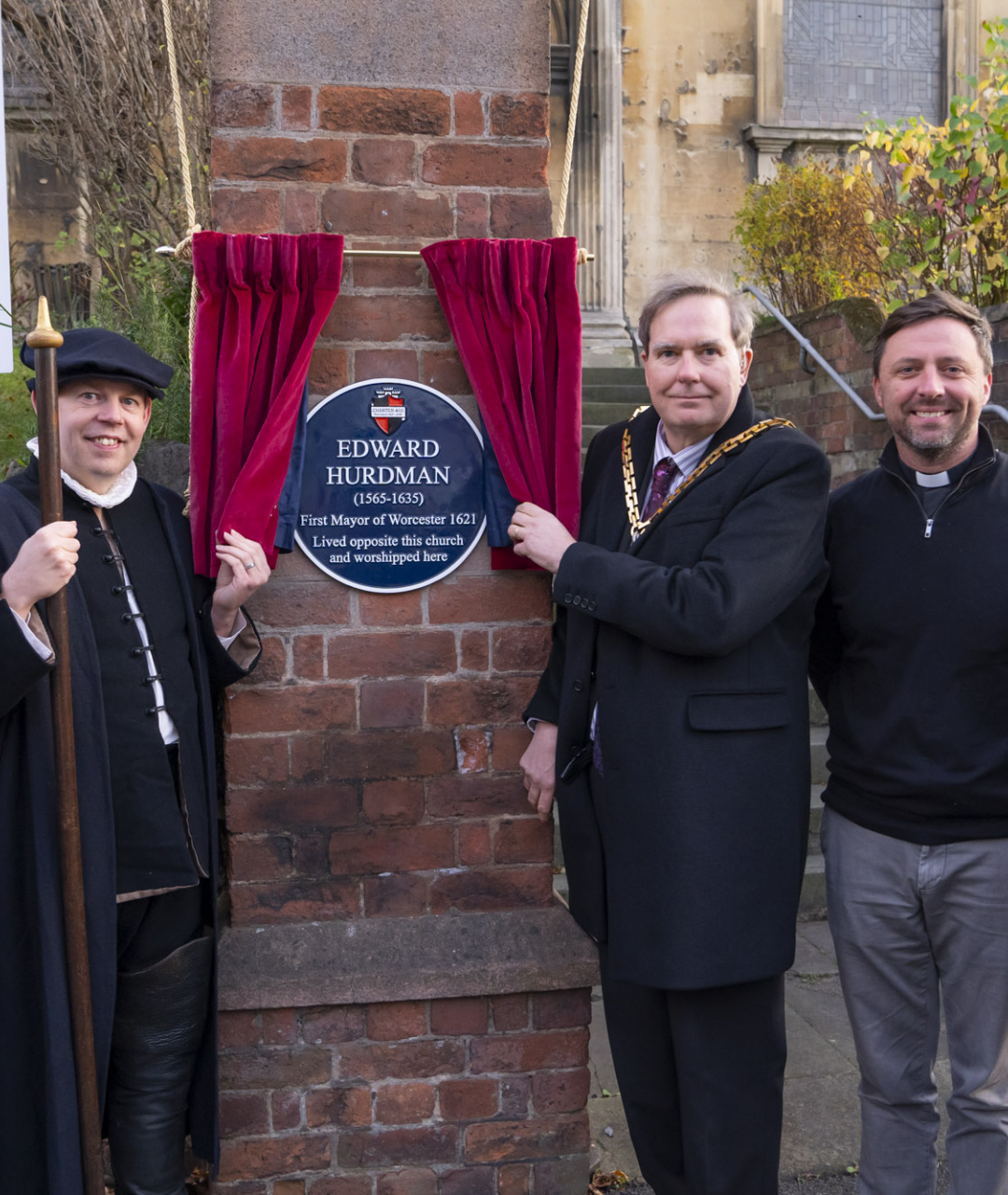 A blue plaque commemorating Worcester’s first Mayor Edward Hurdman has been unveiled as part of the Charter 400 project at All Saints Church, Worcester. The blue plaque was unveiled on Monday 22 November by current Mayor Cllr Stephen Hodgson and Edward Hurdman himself – played by Discover History’s Paul Harding.

Installed as part of the Charter 400 project which is marking the 400th anniversary of the Charter of King James I which incorporated the City and established the post of Mayor, the plaque will be a permanent sign of remembrance for Edward Hurdman at his final resting place All Saints Church, also opposite the location where he resided as Mayor.

Cllr Stephen Hodgson, Mayor of Worcester said: “It is great to be honouring the first Mayor of Worcester in this way. Edward Hurdman is a significant figure in our city’s history and it’s wonderful that this blue plaque will offer a permanent record of his role in that history, the first of a long line of Mayors of Worcester.”

Born in 1565 and laid to rest at All Saints Church in 1635, Edward Hurdman was High Bailiff of the City in 1620 before becoming the first Mayor of Worcester in 1621. Hurdman came from Kempsey just outside Worcester and married the widow of a wealthy brewer. In his will he left a silver chalice for All saints Church and two silver bowls for use at Council meetings.

Charter 400 celebrates Worcester’s rich heritage and culture provides an opportunity to promote, encourage, enthuse, revitalise and boost local businesses which have been negatively impacted by the pandemic.

As part of the project, Discover History have developed a new heritage walking tour that looks at how the city was governed, the privileges it received in 1621 and the personal story of Edward Hurdman, the first Mayor of the city. The tour can be booked by calling 07949 222137 or emailing [email protected]

For more information on the Charter 400 project visit: www.visitworcester.co.uk/charter-400

Photo by Charlie Budd and the Charter 400 project