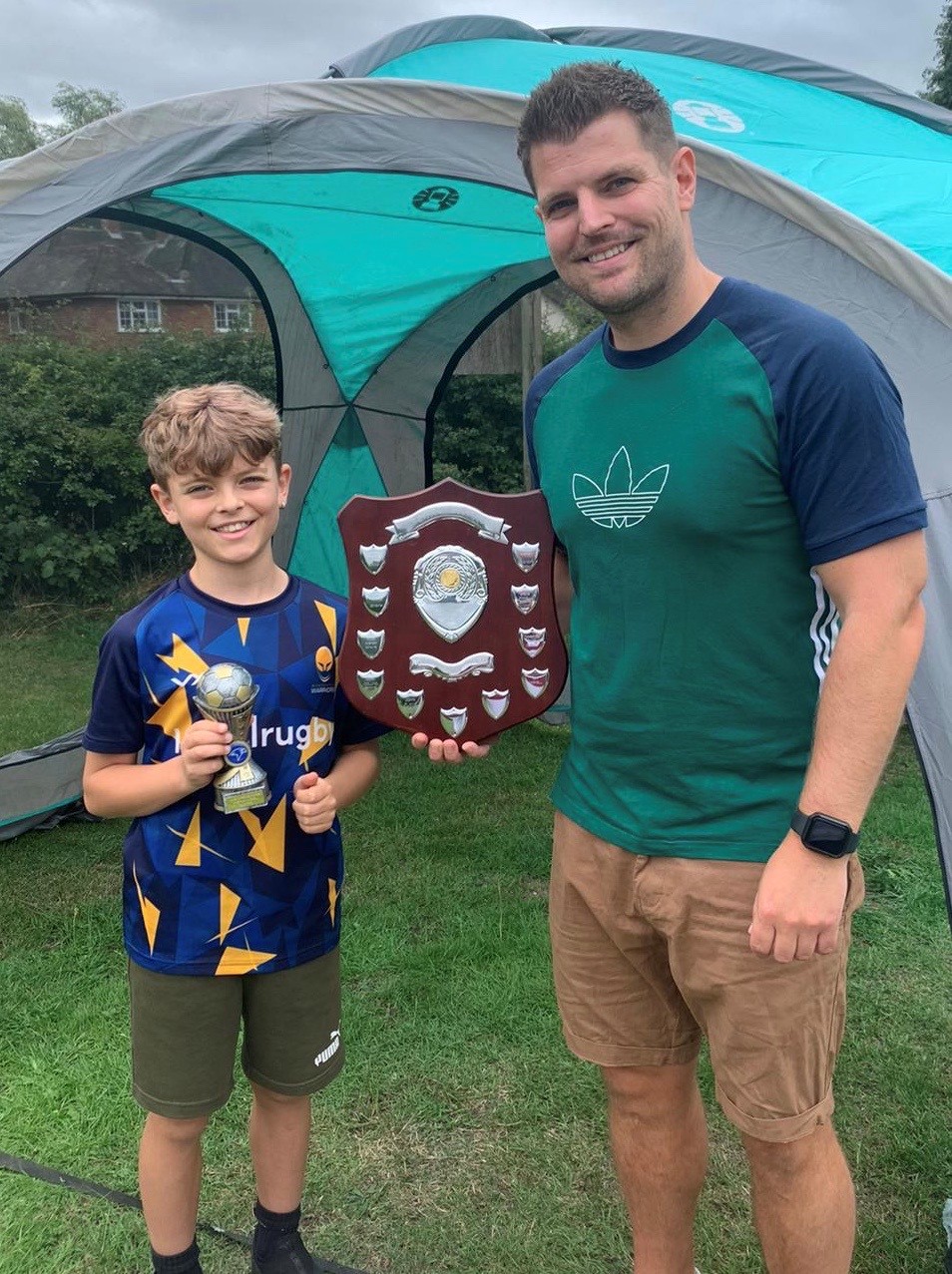 The manager of a talented Kidderminster junior football team has been given a top award  for his outstanding contribution to grassroots football.

Jon Maskell, manager of Kidderminster Athletic Hawks under 11s, was awarded the John Birch Memorial Trophy for his long-term commitment and dedication to the club, and the team he has managed for the past five years.

During the club’s annual presentation today, the 34-year-old was also recognised for the key role he plays on the club’s committee and through vital fundraising activities. He was also the driving force behind a widely-praised idea during lockdown which saw the team continuing with their weekly training sessions through video conferencing.

Colin O’Brien, vice-chairman of Kidderminster Athletic, said: “Jon is so committed to our club in every way. Not only is he a perfect example of how to run and manage a youth football team, but he lives and breathes the game. The team is always a massive priority for him.

“The John Birch Memorial Trophy recognises outstanding contribution to the club and Jon is the latest in a long line of amazing people who have won the award since we launched it almost 10 years ago. I am delighted for him and it’s fully deserved.”

Jon Maskell added: “It’s a massive honour for me to be awarded the trophy by Kidderminster Athletic.

“I don’t run the team for any recognition, I just love football and am passionate about helping the boys to develop their game. I am lucky to have such brilliant coaches and parents who back what we are doing. It really is like a big family.

“I can’t wait for next season and some big tests which are coming our way. I am sure the boys will deal with it superbly.”

Next season Kidderminster Hawks will be stepping up from the Stourport & District League to the Midlands Junior Premier League where they will be up against teams from the Black Country, Warwickshire and as far afield as Northamptonshire and Nottinghamshire.