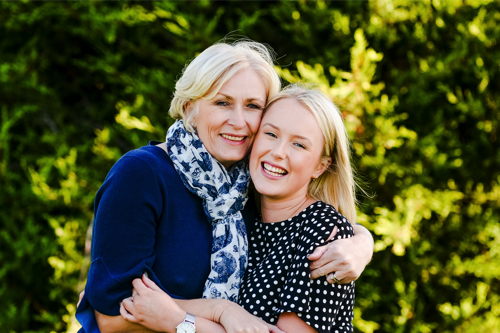 An all-female financial services firm in Worcestershire is celebrating exam success by an apprentice with the perfect role model.

Emily Newman, who has gained a Diploma in Regulated Financial Planning, has followed in the footsteps of her mum, who runs long-time #WorcestershireHour sponsor Jane Newman Financial Planning Ltd.  Based at Gaudet Luce Golf Club in Droitwich, the firm offers independent, whole of market financial advice to individuals and businesses and pride themselves on customer service and building lasting relationships with clients.

A former business student whose apprenticeship began in September 2018, 21-year-old Emily was the youngest person in her cohort to complete the demanding course. She has also shadowed Jane at client appointments for the past 14 months.

Emily said: “I originally planned to study law but decided to switch to financial services after a gap year in Australia. I wasn’t put under any pressure and was always free to follow another career path if things hadn’t worked out. I’m delighted they have as it means the business will be in safe hands when mum decides to retire in the future.”

The textbooks won’t be put aside just yet as Emily is keen to gain as much industry knowledge as possible and will be taking further qualifications relating to mortgages, equity release and ultimately achieving chartered status.

Emily’s exam success rounds off a successful year for Jane Newman Financial Planning Ltd. In May this year the firm became directly authorised and Jane has joined an elite list of the highest rated financial advisers in the country based on positive reviews via VouchedFor.co.uk, the UK’s leading ratings site for financial and legal professionals, for the second year running.

To gain a place in the rankings, which will be published in The Times in February, each adviser had to receive positive reviews with the scoring based on three areas – advice, service and value.