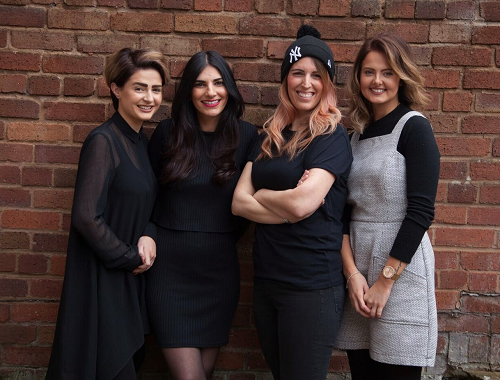 A county hair stylist has been recognised as one of the UK’s top professional colourists after graduating through a respected national qualification.

The qualification, which saw Miss Romao showcasing her expertise in the science and approach behind hair colouring and tones, now means she can train the salon’s five-strong team in new techniques and give the highest level of advice to customers.

She is now one of only a handful of colour and technical experts in the UK to hold the hair industry giant’s qualification.

The news comes as the Bewdley salon also celebrates news that it has made it through to the regional finals of industry hairstyling competition, the 2016 Wella Trend Vision Awards. It is the fourth time the salon has been shortlisted with Annabell and the team presenting to judges on 17 May, aiming to make the national finals this autumn.

Miss Romao, said: “To gain such a prestigious industry qualification is really amazing for me and the salon, and I am delighted to be recognised by experts at Wella after many months of hard work.

“For it to come as we move into our sixth year, and as we reach the Wella Trend Vision regional finals for the fourth time, really is something extra special for us all.

“Since opening we are thrilled to have built up a really strong client base from the local area and beyond and I hope that my qualification will help to put us on the map on a wider scale, encouraging more people into Bewdley and to the salon.”

Miss Romao and business partner Laura Duce, both from Wyre Forest, opened the business in 2010 at 35 Load Street after a £60,000 investment. The pair have since given a jobs boost to the town by growing to a team of five, which includes an apprentice and plans to expand further this year.

During their careers both stylists have worked in southern Spain and for industry giant, Toni & Guy.