EXTRAORDINARY DIVORCE CASE IS A WIN FOR FAMILY VALUES 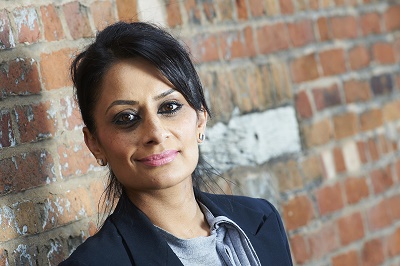 A landmark court decision that saw a hospital consultant become the first man to be ordered to pay all his £550,000 assets to his ex-wife has been hailed a victory for family values.

Nesheela Nazir, a respected solicitor within the Family division at Worcestershire law firm mfg Solicitors, said the court was putting the children first when it demanded Dr Essam Aly hand over his fortune to ex-wife Enas and believed it would help countless other spouses win justice.

The Court of Appeal, which has upheld a Birmingham Family Court verdict, heard how anaesthetist Dr Aly, from Burton-on-Trent, had not paid a penny in maintenance or child support since 2012, after leaving his wife and moving to Bahrain.

Associate solicitor Ms Nazir said: “This is a welcome decision for spouses, often but not always women, who face lengthy and costly legal battles to get maintenance in cases where their ex-husband or wife has left the country.

“The sum involved may seem disproportionate, but the doctor had not paid anything that he was legally obliged to pay and had effectively cut his ex-wife and children loose to start a new life.

“What we see here is the wide discretion of the court and how, when it is justified, it will depart from its usual approach of starting with ‘equality’. The fact that it made the ex-husband hand over everything shows the law does not tolerate someone ignoring their responsibility to their family.

“This could be pivotal for other spouses. The Court of Appeal has upheld the Birmingham court’s decision which means numerous others could now benefit and ensure their ex-spouses either pay up, or think twice before walking away from their responsibilities.

“I’d urge anyone who sees themselves in the position of being left by their ex caring for the children alone to seek advice now as the courts are championing family values.”

According to the latest figures from the Office for National Statistics, the largest percentage of those divorced was aged between 50 to 64 in 2014 but the biggest increase between 2002 and 2014 came in the aged 45 and over category – the age group likely to have children still at home and dependent on parents for financial support.

Readers in need of advice on family or matrimonial matters can contact Nesheela Nazir on 01527 831691, email [email protected] or visit www.mfgsolicitors.com for more information.