This Girl Can returns to Worcestershire! 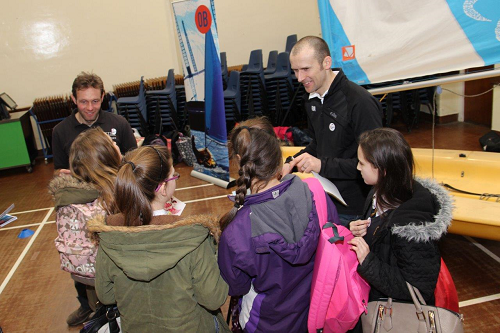 Following the extremely successful campaign in Malvern last year, #WorcsGirlsCan returns to Worcestershire, this time on a county-wide basis. Last year’s campaign offered 61 different activities across a range of schools and sports clubs, engaging approximately 500 young women in Malvern; 2017 promises to be even bigger and better!

Sports Partnership Herefordshire and Worcestershire will be leading on the upcoming campaign, which will run between 13th – 17th February, expanding on last year’s Malvern-based project. This year Worcs Girls Can will be delivered across Worcestershire, with a lead school in each district.

The confirmed lead schools for the districts are Tudor Grange Academy Worcester for the Worcester City district. In Wyre Forest, King Charles I will act as lead school, with St Augustines leading in Redditch. South Bromsgrove will host the campaign in Bromsgrove, with Prince Henry’s taking the lead in Wychavon. The Chase will return to champion it in the Malvern district.

According to Sport England only 31.6% of women play sport at least once a week compared to 41.7% of men. Nationally, 13 million women and girls said they wanted to play more sport, of whom, nearly half are currently inactive! There are also growing concerns over mental health problems experienced by teenage girls as recently indicated by a Department for Education study published over the summer. Physical activity is renowned for being as good for the mind as it is the body, helping to reduce stress, increase self-esteem and reduce the risk of depression and anxiety. Worcs Girls Can is a campaign aiming to change female’s perception of sport and get our girls moving.

Stephen Brewster, Chief Executive Officer of Sports Partnership Herefordshire and Worcestershire stated, “Physical activity participation among women and girls is a priority for the Sports Partnership Herefordshire and Worcestershire. The upcoming Worcs Girls Can campaign will allow us to engage with our local schools, clubs and organisations to help break down the barriers to sport and physical activity for young women. It will also help highlight the positive effects that taking part in physical activity can have both physically and mentally.”

“The campaign is a great opportunity to utilise our partnerships in an area of growing concern. The project was initially run across Malvern Hills district earlier this year and was a resounding success, so we are delighted to be relaunching the campaign on a county-wide basis, with the hope of establishing and developing a much wider impact.”

Worcs Girls Can is open to any Worcestershire-based school to participate, with the help of nominated ‘lead schools’ Sports Partnership Herefordshire and Worcestershire will continue their bid to get women and girls across our two counties moving.

The Sports Partnership are also looking for clubs and other organisations who would like to engage more women and girls in sessions that they are running and promote their activity as part of Worcs Girls Can.

For further information regarding the campaign or to find out how you can support or become involved with the campaign, please contact Bronwyn Clifford on b.clifford@worc.ac.uk.