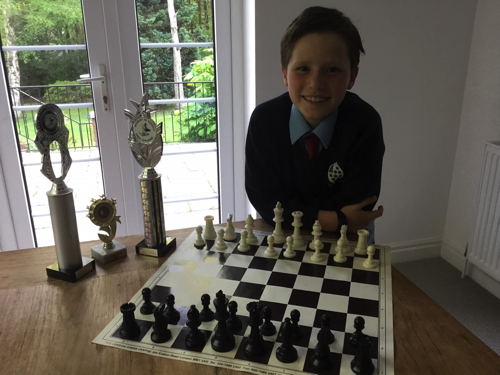 A talented Wyre Forest schoolboy will be representing Worcestershire for the third year in a row at a national chess finals this summer.

Cameron, who is nine and attends Kings Hawford school near Worcester, will now travel to July’s final in Manchester where he will come up against other top-ranked children from across the UK and Ireland.

Jim Turner, Cameron’s head teacher at Kings Hawford, said: “Cameron is building a phenomenal reputation as a talented chess player and I am delighted to see him qualifying for the national finals for the third year in a row. We are all extremely proud that once again this year he will be representing Worcestershire and the school at the next phase of the competition. He is a determined boy who plays way beyond his years and is really focused on aiming for a high finish in Manchester this summer.”

Cameron said “I am really excited to be representing the county and my school once again and hope I can make everyone proud.”