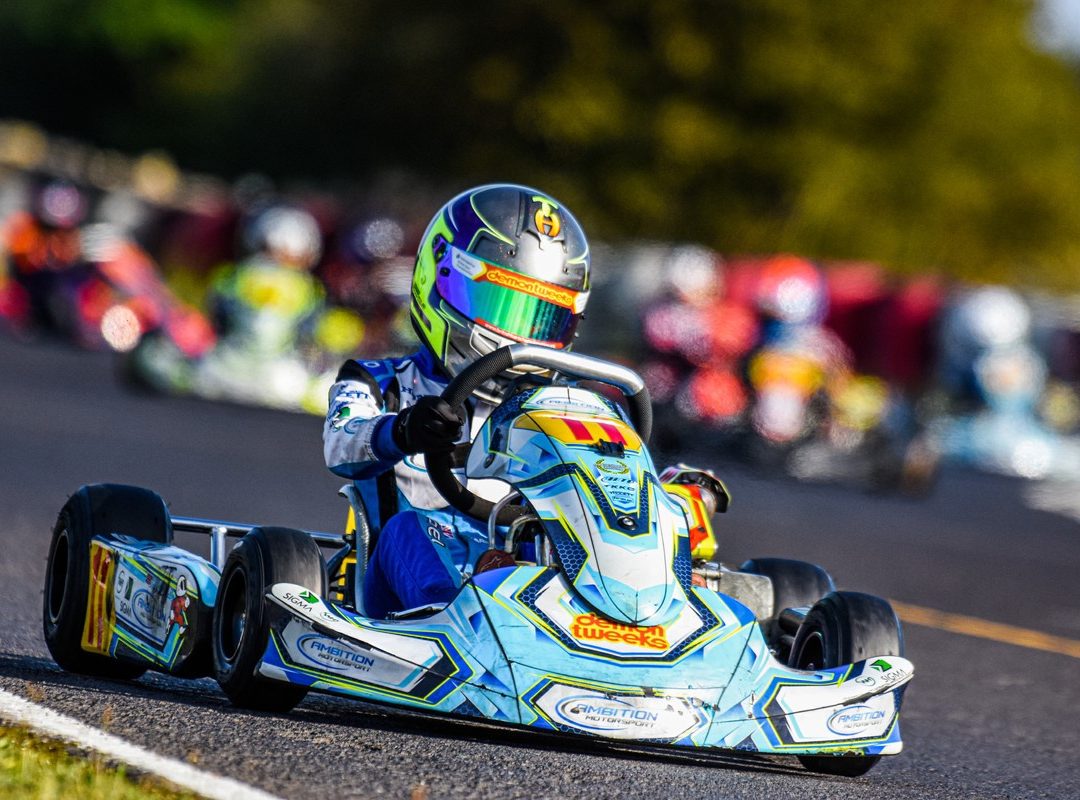 A Worcestershire schoolboy has taken the next steps to fulfilling his ambition to be a Formula One driver by winning a national karting title.

Tommy Harfield, from Lower Broadheath near Worcester, has won the 2020 Shennington Cadet Championship with the talented 12-year-old scooping the title by 10 points after seven gruelling rounds.

Tommy, who attends the Chantry School in Martley, races for the Ambition Motorsport team in the National Kart Championship and in the regional Honda Cadet Class – competitions which have seen several F1 stars competing over the years such as Lewis Hamilton, Llando Norris and George Russell.

Tommy said: “It has been a really tough season this year as so many races have been postponed or cancelled due to Covid-19.

“Working hard behind the scenes we have kept preparing for every race I could enter and I am so pleased to win one of the season’s big championships. I race against some amazing drivers so it’s a big moment. I would also like to thank Paul Janes and everyone at Ambition Motorsport who do so much to support me before, during and after, every race.”

Paul Janes, team boss at Ambition Motorsport, commented: “Tommy has progressed massively this year and we have all really enjoyed seeing the young charger turn into a front runner and now championship winner.”

Sam Webster from WH Sports Management, Tommy’s management company added: “ Tommy’s rate of progression since the end of lockdown has been fantastic to watch. We can’t wait to carry on the journey in the years to come.”

Tommy, who has been go-karting for two years, will step up next year to the X30 karting class which will see him racing powerful 80 mph karts across the UK and possibly mainland Europe.

Businesses interested in sponsoring Tommy can email his father Mike, through [email protected].