Kidderminster five-piece picked to support Reverend and The Makers 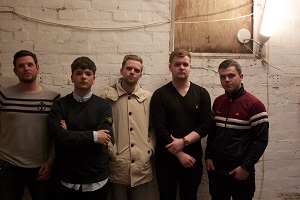 Kidderminster band The One Twos have been picked to support indie giants Reverend and The Makers when frontman Jon McClure brings his Sheffield group to Birmingham later this month.

The supporting slot, at Birmingham’s 400-capacity Oobleck venue on 24 May, is the latest encouraging news for the Kidderminster five-piece who are now back to their original name following a short outing as ‘Ego Honey’.

Their songs have been described as a ‘crossover of British rock and roll’ with the band attracting a wide following after sharing new songs Time Machine, Boy and Never Ever across social media.

“The gig is a huge opportunity for us to showcase some new songs and get people excited about us again.

“Although we’ve only been together as a new line up for five months, I think we’ve taken our music to a different level. We’re on fire with our writing and hope to release an album later this year.”

The One Twos plan to headline a local gig in June with details set to be announced. They are also in talks about another major support slot in August. The band originally formed in 2012 and have headlined Birmingham’s popular O2 Academy.

The band come from a range of backgrounds. Frontman Matt and drummer Charlie both work in sales while George and Mike are college students in Kidderminster. Bassist Luke is a self-employed carpet fitter.

The band’s official Facebook page is available through www.facebook.com/theonetwos