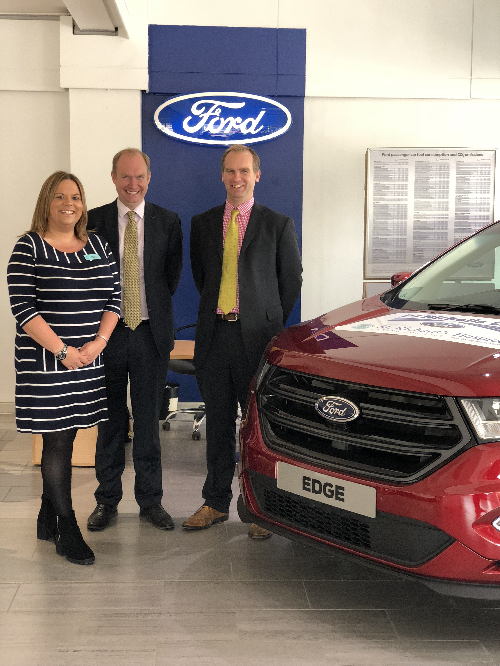 A Worcestershire car dealership has pledged to support a local hospice with donations.

PJ Nicholls Ltd – which has dealerships in Malvern, Pershore, Evesham and Tewkesbury – has announced it will support St Richard’s Hospice in Worcester by donating £100 from each new stock car sold.

The firm decided to nominate the hospice as its Charity of the Year because many of its 60 strong staff have personal connections with the hospice.

Tom Nicholls, Managing Director at PJ Nicholls said : “We understand just how much St Richard’s does for people within our local community and how important its services are.  As a local family firm, we are committed to supporting our community and what better way than to pledge some funds to the hospice.  Giving back to such a worthwhile organisation is an honour and a privilege for us.”

Tom’s brother Adam and joint Managing Director of the firm has had family members cared for by the hospice in the past.

The scheme will run until the end of July 2018 and hopes to raise as much money as possible.

Ria Simons, Fundraiser at St Richard’s Hospice said : “We are so grateful for the generosity of PJ Nicholls with this new scheme.  It is a fabulous gesture that will have a real impact on the work we do and the services we provide.  Thank you so much!”

St Richard’s Hospice provides free specialist palliative and end of life care for patients living with life-limiting illnesses and supports their loved ones. Each year the hospice team supports more than 3,300 patients, family members and bereaved people in Worcestershire.

The hospice strives to provide the best medical, practical, emotional and social support they can to help people live life to the fullest, as independently as they can, for as long as they can. They care for people with a range of illnesses including heart failure, Parkinson’s, and motor neurone disease as well as cancer.

St Richard’s is an independent charity and relies on donations for three quarters of its annual £8.8m income with the remainder from the NHS.

St Richard’s has launched the Build 2020 Appeal which aims to raise the final £1.4m needed to build a bigger hospice, enabling more patients and families to be cared for in Worcestershire.  The total cost for expanding and redeveloping the existing building in Wildwood Drive, Worcester, is £5.3m.