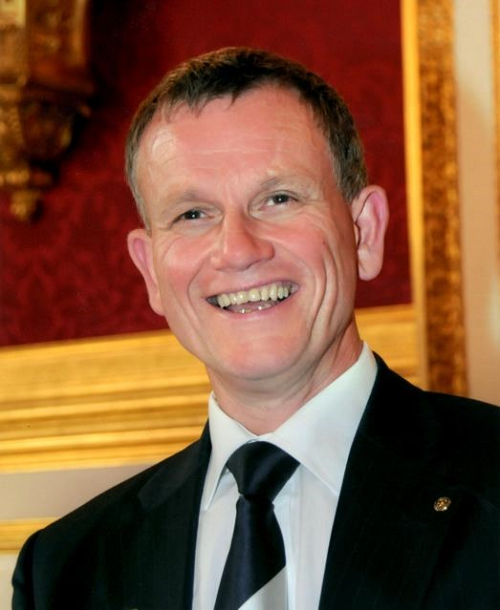 The first and only blind man to complete seven marathons in seven days on seven continents has been confirmed as the keynote speaker at this year’s Malvern Hills District Community Sports Awards.

Dave Heeley – affectionately known as Blind Dave – will tell his inspiring tale to more than 200 nominees, dignitaries and guests at the annual event which takes place on Thursday, 12 July at The Bank House Hotel.

Mr Heeley was diagnosed with an eye condition called Retinitis Pigmentosa at the age of ten which meant he was going blind. Despite the devastating news he did not let it get him down and has had a varied working career including running his own business.

The West Bromwich resident has also pursued many physical activities over the years but in 2008 he hit the headlines after completing the seven marathon challenge, becoming the first and so far only blind man to do so.

Since then the 60-year-old has embarked on a new career as a motivational speaker, features on a weekly radio show and is even having a short film made about his life. He has also recently released his autobiography ‘From Light to Dark’.

The audience will also hear on the night from Rebecca Foster, senior lecturer in adapted PE at the University of Worcester and who was awarded an MBE in the New Year’s Honours for her services to inclusive sport and helping young people achieve their potential.

The awards are run by Malvern Hills District Council in association with headline sponsor Freedom Leisure. They celebrate sporting success as well as the commitment of the volunteers and coaches who support athletes and clubs across the district.

There are 13 categories to nominate in including Positive Change of the Year and Sports School of the Year.

Cllr David Watkins, Portfolio Holder for Housing and Communities on Malvern Hills District Council, said: “Dave’s story is truly inspirational and I’m sure anyone who hears it cannot fail to be motivated by how he has triumphed over adversity. However, you don’t have to complete such an epic challenge to receive recognition. The sports awards are all about those individuals who help people across this district reach their goals or simply enjoy the benefits of sport. We really want you to tell us about them before it’s too late.”

Anyone who knows a coach, club, school, team, project, volunteer or participant that deserves to be recognised can still nominate for this year’s awards by visiting www.malvernhills.gov.uk/sports-awards and filling in the online form.