Mark votes for women with Equalitea 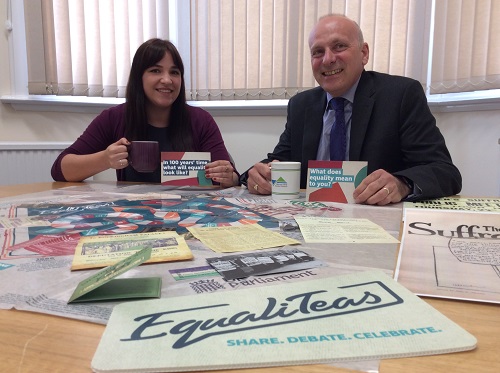 Residents are invited to a free event to mark 100 years of votes for women.

An afternoon of tea, cake, talks and debate are on offer as part of Equalitea, which is being held at Malvern St James on Friday, 29 June at 12.30pm. There will also be the chance to find out more about Malvern’s very own prominent suffragette Elsie Howey.

The public are free to attend the event, which is being organised by Malvern Hills District Council and will also feature West Worcestershire MP Harriett Baldwin.

Places must be reserved in advance by emailing [email protected]

The Representation of the People Act 1918 gave all men over 21 the vote and some women over 30 who held £5 of property or had husbands who did. It would be another ten years before women were given equal voting rights with men.

Cllr Andrea Morgan, Chairman of Malvern Hills District Council, said: “I realise I’m very fortunate to be in the position I am because of those women who campaigned tirelessly to secure equal voting rights. I hope people will join with me in marking this important moment in our nation’s history.”