Olympians will be star attractions at charity ball 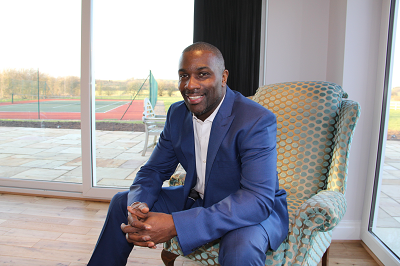 A trio of British Olympic athletes will talk about their careers and the importance of teamwork next month at an annual charity ball organised by leading Worcestershire recruitment and training firm, eResponse Group.

Track legends Kriss Akabusi, Roger Black and Derek Redmond will join over 400 guests at the gala dinner which is raising money for eResponse’s Mia Foundation, the firm’s charity which is aiming to reach a £55,000 target to help eight-year-old disabled girl Mia Williams, who was born without eyes and suffers from cerebral palsy.

The event, which will be hosted by Akabusi, will be held at Birmingham’s National Motorcycle Museum on 17 March with a table of 10 costing £600. The dinner will include an auction, prizes, music and a five-course meal.

The three Olympians will appear at the event where they will also discuss their glittering careers. Black and Akabusi are both decorated Olympic, World and European 400-metre medallists while Redmond, also a 400-metre runner and hurdler, won golds at the World and European Championships and the Commonwealth Games. He also ran for Great Britain at the 1992 Olympics.

Paul Alekna, chief executive of eResponse, said: “We were lucky enough to have Kriss join us for our charity ball last year and he was the star of the show. To have Kriss with us again, alongside Roger and Derek, is fantastic.

“The guys are also accomplished motivational speakers so we’re all looking forward to hearing from them about teamwork, determination and having a drive to succeed.

“The ball promises to be a brilliant night and a great opportunity for businesses to network and let their hair down at the same time.

“It’s all for a good cause and we’re raising money for our very own Mia Foundation. Mia is an amazing little girl and every penny of the money raised will be going towards much-needed changes to her family home in Warwickshire which will massively improve her quality of life and support her parents Dean and Fran.”