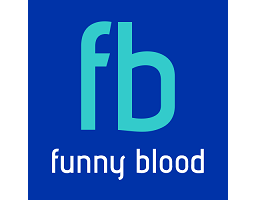 Funny Blood was founded by Ruby Edwards in 2009 when her son – Noah – was diagnosed with a number of complex  as well as Thrombocytopenia. Since then, Ruby has dedicated her time to raising awareness of PFDs in order to help Noah and others living with the condition.

In 2012, Ruby was invited to join the Worcestershire Ambassadors; supporting the local group in 2012 – 2014, and was made an Ambassador for Contact a Family.

Ruby’s ongoing aim is to raise awareness of PFDs and signpost information to support families living with the little-known condition. Funny Blood also raises money for the Haemophilia Unit at Birmingham Children’s Hospital, to support the ongoing care of local children like Noah. So, monies raised go towards something positive and tangible to support sufferers directly.