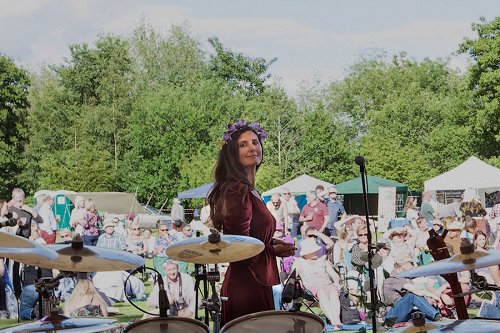 One of the great events being held this summer, in support of Teenage Cancer Trust, is Tenbury Music Festival. The peaceful riverside setting of Tenbury’s Burgage, in the beautiful Teme Valley will be buzzing with festival goers on 30th June as the town comes alive for the fourth Tenbury contemporary music festival.

With the headline act of the Lightning Seeds topping the bill, and the event being halfway through this year’s World Cup, their million-selling hit ‘3 Lions’ (Football’s Coming Home) will be a popular number – let’s just hope England are still in with a chance!

With pre-booked ticket prices at £22 this one day event is free to under 16 year olds (under 13s must be accompanied) for further information and tickets go to http://www.tenburymusicfestival.co.uk/home

This year, with the support of an Arts Council England grant, the scope of the event is being widened out to support other parts of the community. The Festival has teamed up with the Grapevine project (https://en-gb.facebook.com/events/1019269811506460/) which is holding a number of workshops for young performers leading up to the festival where they will perform live on the festival’s River Stage.

In addition there will be some powerful spoken word sessions including Worcestershire’s own youngest poet laureate Rachel Evens.

While the Festival takes place on the Saturday there will be a showing of the Who’s Rock Opera “Tommy” at the splendidly restored art deco cinema the Regal in Tenbury.

Tommy stars Teenage Cancer Trust patron Roger Daltrey together with a string of famous names such as Keith Moon, Tina Turner, Elton John, Eric Clapton, Jack Nicholson and others – it’s bound to be a sellout – tickets from http://regaltenbury.co.uk/RegalCinemaTenbury.dll/Home