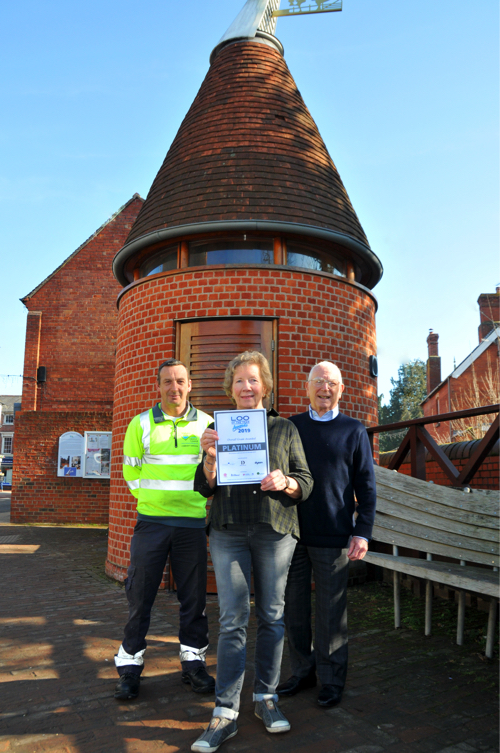 Spending a penny in Malvern Hills is officially a premier league experience after the district’s toilets scooped a host of top honours at the Loo of the Year Awards.

Malvern Hills District Council won one silver, six golds and a prestigious platinum award for the eight public conveniences they look after, with Market Street in Tenbury being named the district’s finest facility.

It is the council’s best performance in the ten years it has been entering the awards   which saw them move up to 11th place in the Loo of the Year Local Authority Premier League Table. The council also won a place on the prestigious Loo of the Year Roll of Honour.

Members of the streets and amenities team, which look after the district’s lavatories, were also flushed with success after winning Washroom Cleaner of the Year status for each toilet for the first time.

Run by the British Toilet Association, the Loo of the Year awards rank toilets provided by different organisations on a range of factors, which together make them clean, safe and hygienic.

Councils, hotels, shopping centres and more take part in the competition. Inspectors pay a visit to each toilet before issuing a bronze, silver, gold or platinum rating. There are then specific awards for the best performing toilets in a variety of categories.

Cllr Bronwen Behan, responsible for Environment on Malvern Hills District Council, said: “The standards of our toilets improve year on year and these results are testament to the hard work and dedication of our staff.

“Residents and visitors to the Malverns can feel confident that when they need to use any of our public loos to answer a call of nature, they will be treated to a premier league experience.”