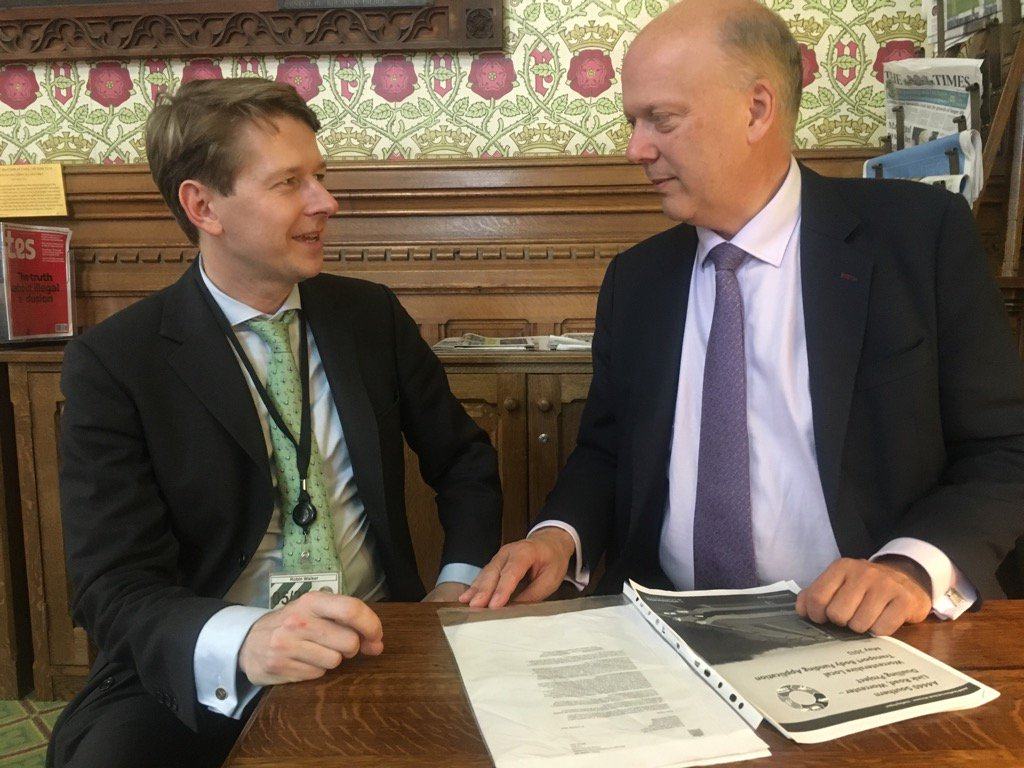 Transport Secretary Chris Grayling announced today (19th October) that £54.5million of funding is to be granted for the final phase of the Southern Link Road upgrade, including the full dualling of the Carrington Bridge.

This will provide much needed congestion relief for local Worcester residents and commuters, as well as boosting jobs and economic growth in the area by transforming access to the M5 and accelerating the building of more than 5,000 homes.

Securing the investment for Phase 4 has been a key campaigning priority for Robin, and today’s announcement will enable the final section of road from Powick roundabout across Carrington Bridge to the Ketch to be dualled, completing the entire stretch of carriageway to and from Junction 7 of the M5. The dualling will now be able to commence in 2019, and is projected to be completed by 2021.

The project has been a key campaigning priority for Robin for many years, and today’s investment marks the culmination of that campaign. Robin has welcomed a number of Ministers to Worcester to see the bridge and press for the investment, and has spoken up in Parliament to make the case for dualling the Southern Link – including securing a Westminster Hall debate on the subject in 2015.

The plans have the support of the Worcestershire Local Enterprise Partnership, all three district councils in the area as well as their MPs and the County Council – all of whom backed the bid. It has long been Robin’s view that it is imperative that the A4440 be considered as a major strategic link and upgraded as soon as possible in order to enable and support planned housing and employment growth to the West of Worcester. Robin has previously highlighted support from our neighbours in Herefordshire and from the business community of the two counties for the project, as well as bringing the then Transport Secretary to see it for himself during the 2015 election campaign and more recently, the Communities Secretary and Bromsgrove MP Sajid Javid. Following the General Election, in this Parliament he has also pressed the case with the new Roads Minister Jesse Norman MP.

Phase 3 has been completed this summer and includes improvements to Norton roundabout and preparation for dualling between Whittington and Norton, as well as a new dedicated left-hand turn from Whittington Road (from M5 Junction 7) to the Westbound Crookbarrow Way (A4440) instead of the previous give-way arrangement. The upgrade of the Ketch roundabout and dual tracking of the carriageway towards Norton roundabout has already increased capacity along the route.

In addition to the obvious traffic flow benefits, the proposed Phase 4 plans also feature improved facilities for cyclists and pedestrians, including a dedicated cycle and foot bridge at the Powick roundabout.

Also announced today as part of a £345million national road improvement package is an additional £3.2million to reduce congestion and improve traffic flow in Worcester city centre. The funds will enable a package of focussed interventions to tackle known congestion ‘pinch points’ on the main and only west-east axis through the City Centre, between St Johns and Sidbury. This will include investment in traffic signals to improve network efficiency and tackle poor local air quality, public realm improvements to improve facilities for pedestrians and cyclists and improved highway design.

“This government is taking the big decisions for Britain’s future and investing a record £23 billion on our roads to increase capacity and improve journeys.”

“These schemes will provide much needed upgrades to essential local roads up and down the country, cutting congestion, improving safety and shortening journey times for drivers.”

Speaking after the announcement, Robin said:

“I am thrilled to be able to welcome this historic investment in Worcester’s roads today – the biggest transport infrastructure investment in the County Council’s history.”

“The dualling of the Southern Link has been one of my top priorities for the city since I was first elected, and am I so pleased that the Government has heard the case and provided the funds necessary to make this vital road improvement a reality.”

“Traffic congestion is perhaps the last remaining factor preventing Worcester from reaching its true potential as one of the UK’s top cities in which to live, work and study – this improvement will go an awfully long way to changing that, as well as providing a vital economic boost to the city and the wider county.”

“In addition to the Southern Link funding, I am also very pleased to welcome the additional £3.2million of funding to ease congestion in the city centre. This important scheme will improve both traffic flow and air quality, as well as bringing improved facilities for pedestrians and cyclists travelling along the main corridors through the city.”