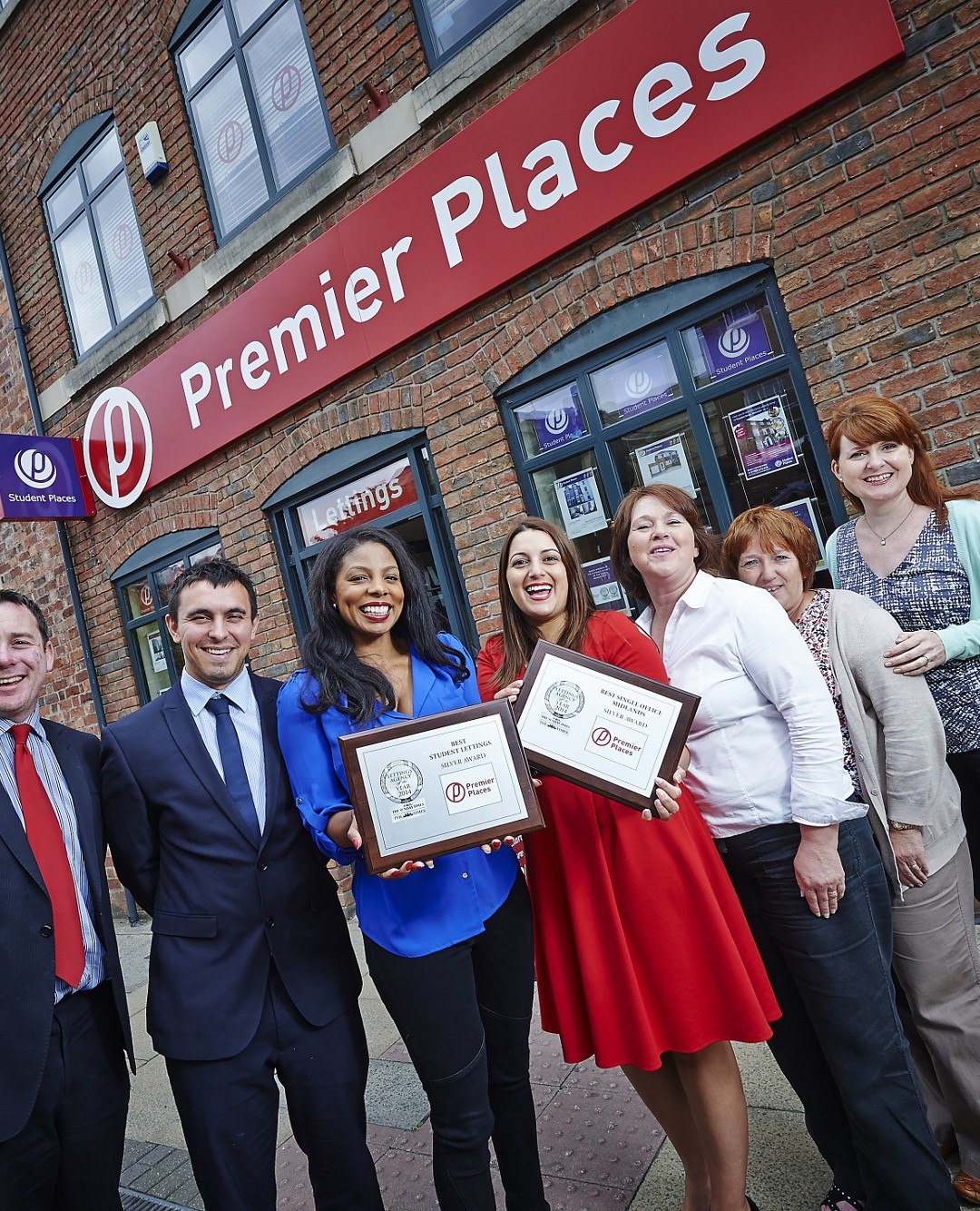 Staff at Worcester’s largest lettings and property management agency are celebrating once again following news that they have scooped another national industry award. Premier Places has been handed the Silver Award in the East & West Midlands Agency of the Year category as part of the annual awards scheme held by respected industry magazine, The Negotiator.

It’s the second piece of national recognition for the Foregate Street-based agency in under 12 months. It comes only a matter of months after the firm brought home two trophies in the Sunday Times-backed Lettings Agency of the Year Awards for their student property services and their overall performance in the sector.

The award also caps a memorable period for Premier Places after chief executive Dani James also revealed that the agency has seen an ‘encouraging’ 10 per cent increase in the number of properties it manages. Its team of 13 staff now look after some 550 houses and apartments on behalf of private landlords across the region.

She said: “We are all thrilled to again be recognised by the country’s property industry experts for the quality and depth of services we provide.

“We’re offer more options than ever for our landlords and have added extra incentives for tenants, especially those with families. It’s an approach that’s working as we’ve seen an encouraging rise in the number of properties we now manage. That’s come through general word of mouth and through or network of landlords.

“It was the first time we’d entered these awards so we are delighted.”

Miss James added that part of the agency’s growth was down to their new two months’ free management service for landlords and a £100 cash incentive for tenants who refer landlords.

As part of the award process Premier Places had to enter a detailed submission to the 21-strong judging panel which included Bill McClintock, chairman of the Property Ombudsman.

The awards were in association with the Zoopla Property Group.