Worcester Women Encourage Others to Explore Their Community Potential 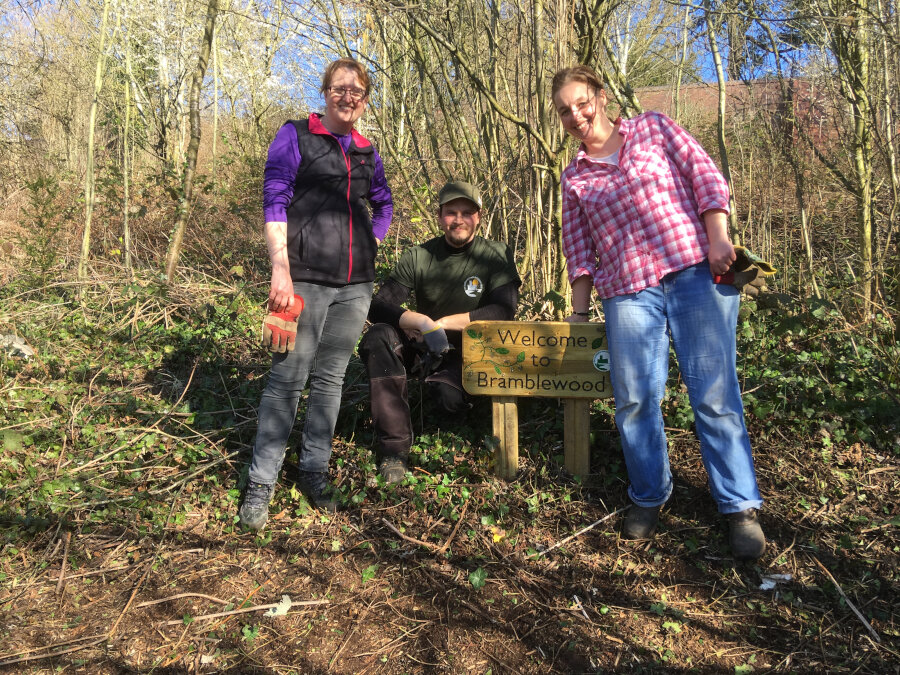 Helen Fairest and Sam Owens from Worcester are helping to alleviate loneliness and isolation in their community by providing a vital space for people of all ages to connect with each other and the natural world at their woodland project. The 46-year-olds were inspired to deepen local connections during the pandemic after attending an inspirational Eden Project Community Camp.

Research undertaken by Eden Project Communities in June this year revealed that more than one in ten (11.2%) of the British population often or always feels lonely. Yet people also wanted to be more involved where they live during the pandemic, with research from earlier this year finding that nearly half of people (45%) want to do more for their local community than they currently do.

Helen and Sam, who attended Community Camp in March this year, co-founded Wild and Rooted CIC, which runs the Bramblewood Project, a woodland space offering outdoor opportunities for children and adults. Helen said: “During lockdown, Sam and I visited Bramblewood most days, whatever the weather. Regardless of our mood when we arrived, we left feeling happy and calm each time. After we attended camp, we decided we wanted to capitalise on that feeling and offer it to even more people who might be lonely or disconnected from the wonders of nature in our community.”

Helen is now calling on other people to follow in their footsteps and see what they could achieve by attending the online community camp, designed to support anyone who wants to do positive things where they live.

Bramblewood’s story started in 2016 when Forest School teacher Helen noticed that opportunities for children to connect with nature were increasingly limited. She joined forces with Sam, another parent at her son’s school, and took on a lease for a disused patch of woodland close to Worcester city centre in 2018.

With the help of local volunteers, the overgrown land was transformed into a tranquil space, with Bramblewood Forest School opening a year later. The educational woodland experience provides children with a place to explore their curiosity and a range of learning opportunities, spanning from discovering how to build a treehouse to finding the courage to following a family of woodlice to their home.

At the height of the pandemic, the project adapted to become an even more crucial space for the pair, their team of volunteers, and more locals, who were able to enjoy a change of scenery and time in a green space without leaving the city, as well as a chance to enjoy safe social interaction.

Helen said: “Bramblewood has undoubtedly helped people to get through the last 18 months. For some of our volunteers and visitors, it was the only place where they could see other people, so it became a really important space. The wood is so close to the city centre but you can hear the birds, the crackle of the fire and the rustle of the leaves and it instantly cocoons you.”

She continued: “Now that restrictions have lifted, we’re looking forward to doing more for the community. We want to support adult wellbeing and are already working with our local NHS Trust’s mental health teams to offer sessions to people recovering from mental ill health. Going to Community Camp inspired me to say yes to people and opportunities – I learnt so much and it’s reminded me of the importance of daring to dream.”

Community Camp takes place on 1-2 October and is open to anyone starting out in their community journey. Complete with interactive sessions, practical activities, networking opportunities and inspiring speakers, the free two-day online learning experience aims to provide a valuable foundation for people looking to explore their potential to make a positive difference where they live.

Attendees will have the chance to delve deeper into topics such as confidence building, recognising and growing skillsets, connecting with local networks and identifying resources, as well as meeting and sharing ideas with likeminded people, with whom they have the potential to form a lasting peer network.

Tracey Robbins, Head of Eden Project Communities UK Delivery, said: “Helen and Sam are just two of the 1600 community minded people who have been inspired to start more than 1000 initiatives at our camps over the years. They are testament to the idea that anyone can support their community to thrive just by taking that all-important first step of exploring their ideas.

“For many of us around the country, the pandemic resulted in more time spent with our neighbours and local communities than ever before, but we also found ourselves lonelier and more isolated. That’s why we’re keen to welcome to camp people who want to begin to grow the connections they’ve made, whether that’s meant hosting online coffee mornings during the pandemic, setting up a neighbourhood contact group, or even taking part in your first Big Lunch.”

Community Camp is an idea from Eden Project Communities, who also run The Big Lunch, the UK’s annual big date to celebrate and give thanks to our neighbours and communities. Started in 2009, it’s an idea from the Eden Project that each year brings 6 million people together, made possible by The National Lottery and supported by Iceland and The Food Warehouse. In 2022, The Big Lunch will be part of Her Majesty The Queen’s Platinum Jubilee celebrations.

For more information on how to sign up for Community Camp visit: www.edenprojectcommunities.com