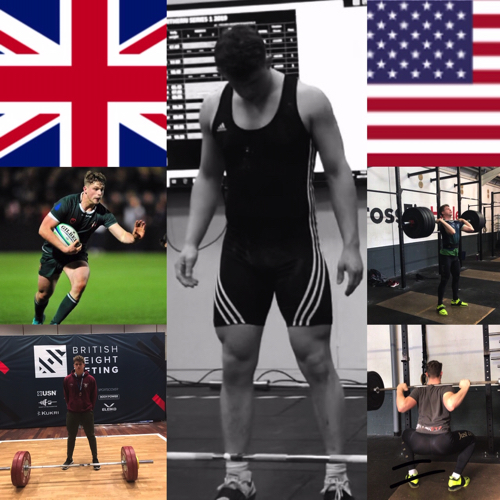 Myren Madden aged 16 from RGS Worcester, is one step closer to his Olympic Weightlifting dream with a life changing performance by qualifying for the IWF World Weightlifting Championship Youths in the USA.

Next month Myren will fly out to the IWF Youths World Championships in Las Vegas, his first Olympic weightlifting event representing GB. His selection follows a stunning performance in the British Weightlifting Youth Series competition on 26th January where although ranked number one in the UK for his category he still had to achieve the internationally set qualifying totals for the ‘snatch’ and ‘clean & jerk’ lifts to be considered for selection. Clearly focused and determined, Myren lifted a massive 107kg in the ‘snatch’ lift and then an even bigger 135kg in the ‘clean & jerk’ lift… smashing his personal best’s by miles!

Myren’s first step into Olympic Weightlifting started with his passion for rugby. With a scholarship at RGS for rugby, Myren showed a natural talent for the game but also a unique passion and flare for weightlifting. Beyond just a strength and conditioning exercise programme to improve his rugby game, Myren excelled at weightlifting. He then sought out an Olympic Weightlifting coach and joined a British Weightlifting Association approved gym, Bullpen Worcester, building on his foundation as a strong and dedicated athlete.

Since Myren’s first competition, age 15 at his local gym which started with 6 successful lifts, his subsequent competitions insured he would qualify for the British Youth Championships. With an outstanding performance with personal bests for both lifts ‘snatch’ and ‘clean and jerk’, Myren then claimed the title of ‘British Youth Champion’. During this competition Myren also set national records for the U17 ‘snatch’, U17 ‘clean & jerk’, U17 total and the U20 ‘clean and jerk’.

Myren Madden, is over the moon to qualify for IWF World Weightlifting Championship Youths saying….  “I could hardly believe it when 3 green lights came on from the judges… I’d done it!! It’s been a long road of training, coupled with my commitment to Worcester Warriors Academy, but the hard work has paid off and I’m off to Las Vegas to represent my country. Of course, this is just the start and my dream to become a World Champion and Olympic Champion has just begun”.

Weightlifting Coach, Harry Cronin explains,“Olympic weightlifting is an unforgiving sport, one where there are no shortcuts, either you lift the weight, or you don’t. Myren is such a talented sportsman, with so much potential for growth. It’s hard to believe he’s only 16, it’s so exciting to see what he will achieve in Las Vegas! His determination and cool head under pressure will see him succeed at the highest level of weightlifting.”

Myren, who is currently studying at RGS Worcester, began his sports career as a quiet young man but found his confidence through competitive sports. He’ll also be starting with Worcester Warriors under 17 squad in March, adding to a string of impressive achievements already under his belt.

With the support of his family who live in Grafton Flyford, Worcestershire, his trip with the GB team to the IWF Youths World Championships in Las Vegas will be closely watched by all those who have supported him in his search of his Olympic dream.